We were sub-contracted to carry out crushing and screening on a windfarm extension project in Ayrshire which was being managed and overseen by one of the UK & Irelands largest contractors.

We were tasked with producing aggregates to multiple specifications which would later be used in various applications over the construction of the windfarm. The project involved crushing and screening blasted material from an on-site borrow pit, our PT400 Jaw crusher and 1000 Maxtrak cone crusher worked to crush the material down to the required sizes then our Warrior 1400x incline screen was used to separate the aggregates into each specified type.

The material we produced on site was then used for access road construction, turbine sub bases, laying cables and other various areas of the windfarm.

After surpassing our clients’ expectations and successfully completing ahead of schedule we were asked to take on several other projects of this nature. 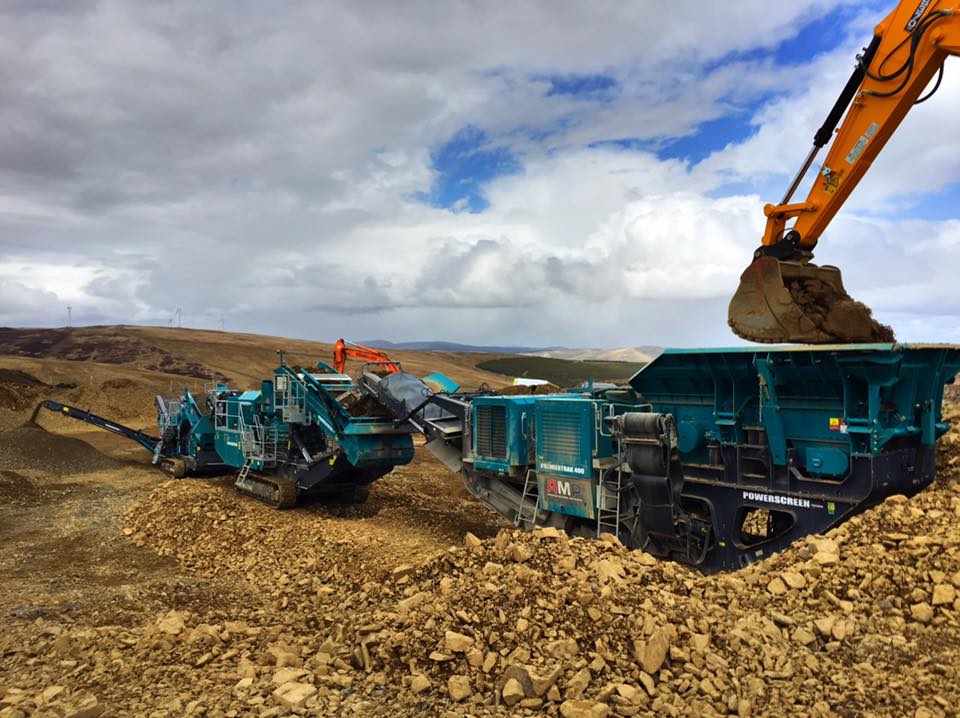 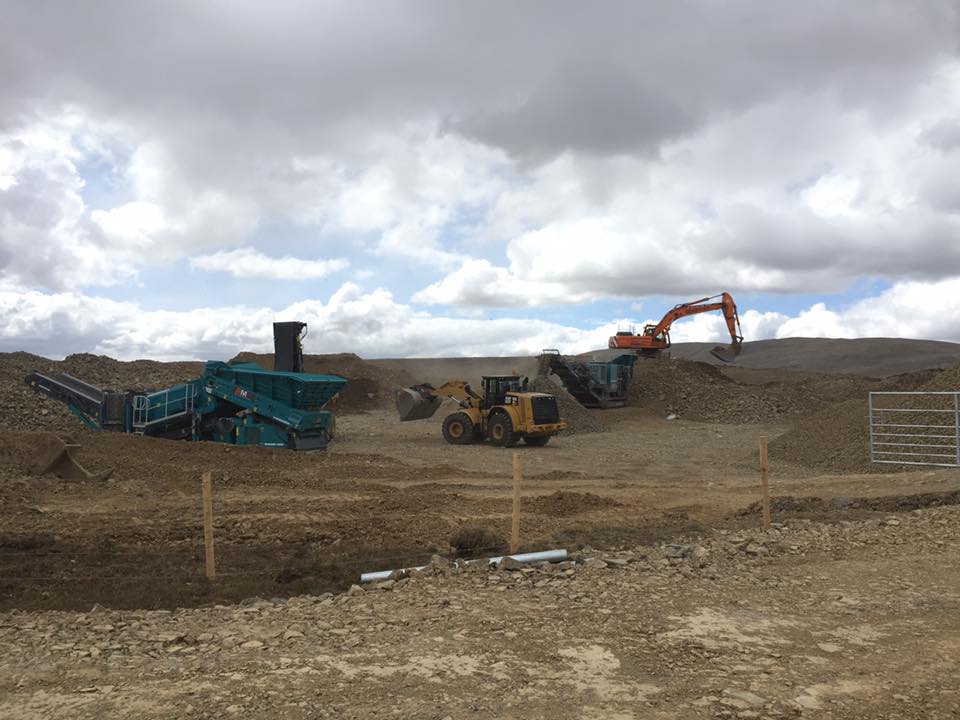 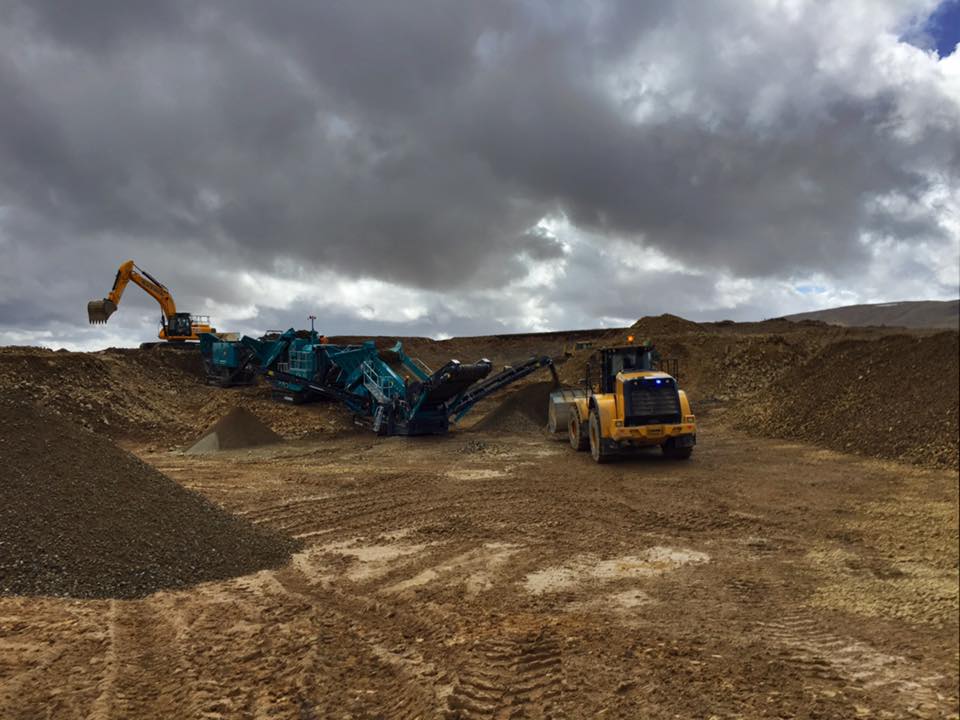 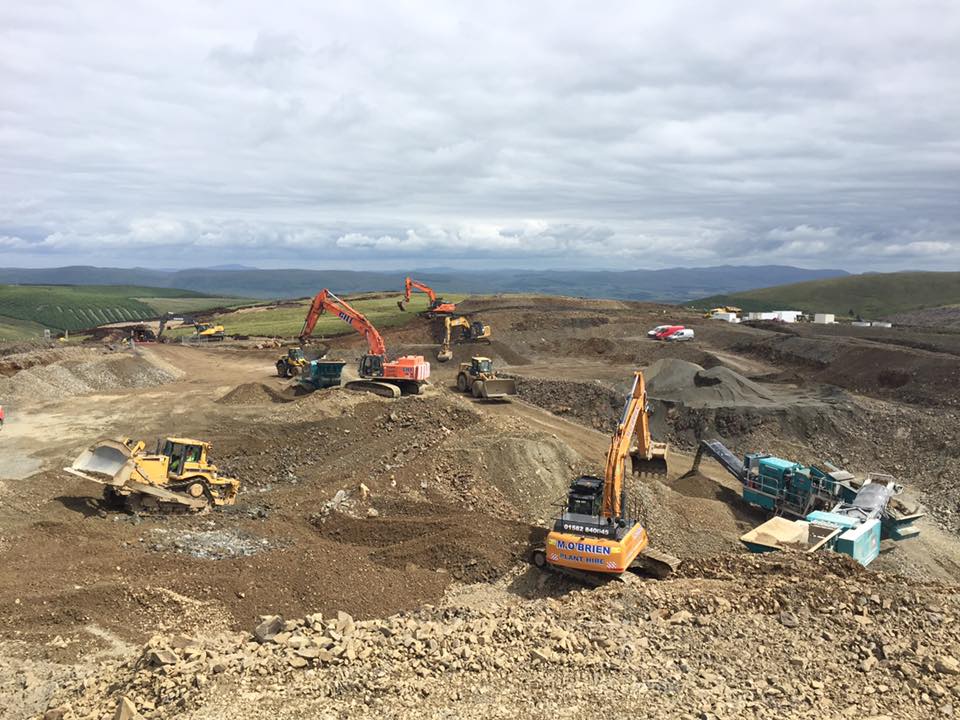 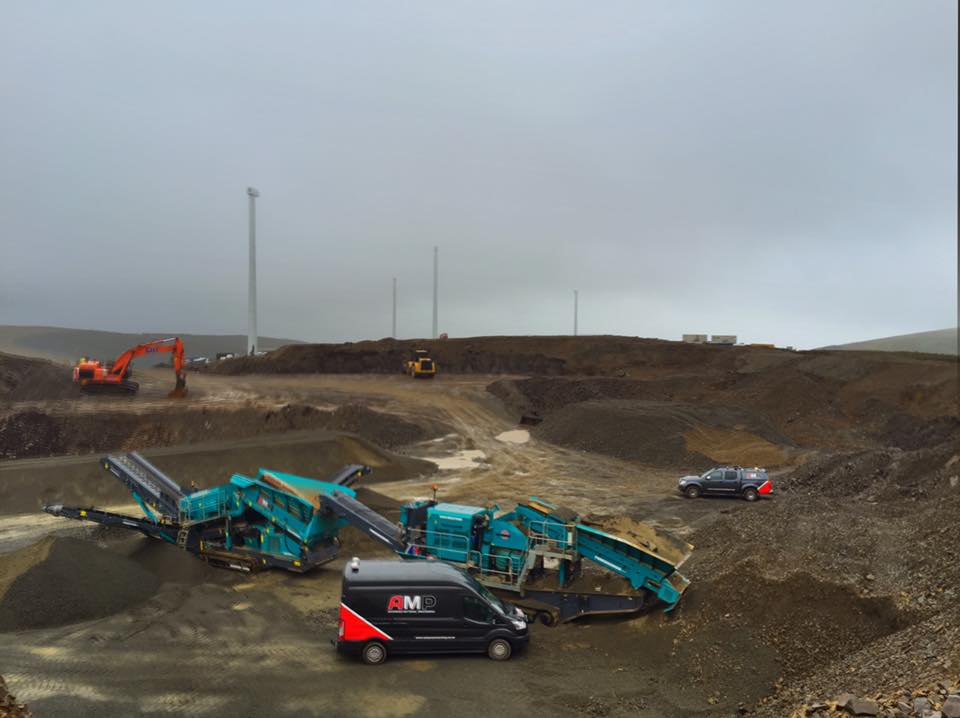 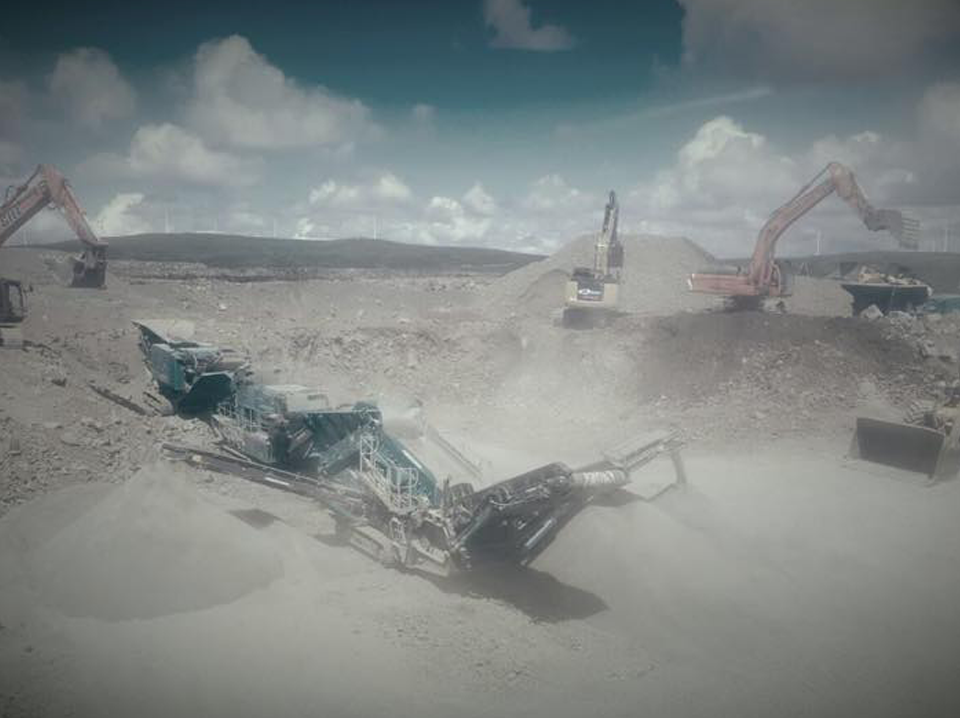